Applied Materials continues to extend its technical leadership in metallization, introducing the most significant material innovation in contact and interconnect since copper was introduced for dual damascene 20 years ago. Three new deposition processes are complemented by a new anneal product and a production-proven CMP tool to comprise an end-to-end process suite (illustrated below) that makes it possible to use cobalt as a conducting material and thereby sustain high-performance logic transistor and interconnect scaling. 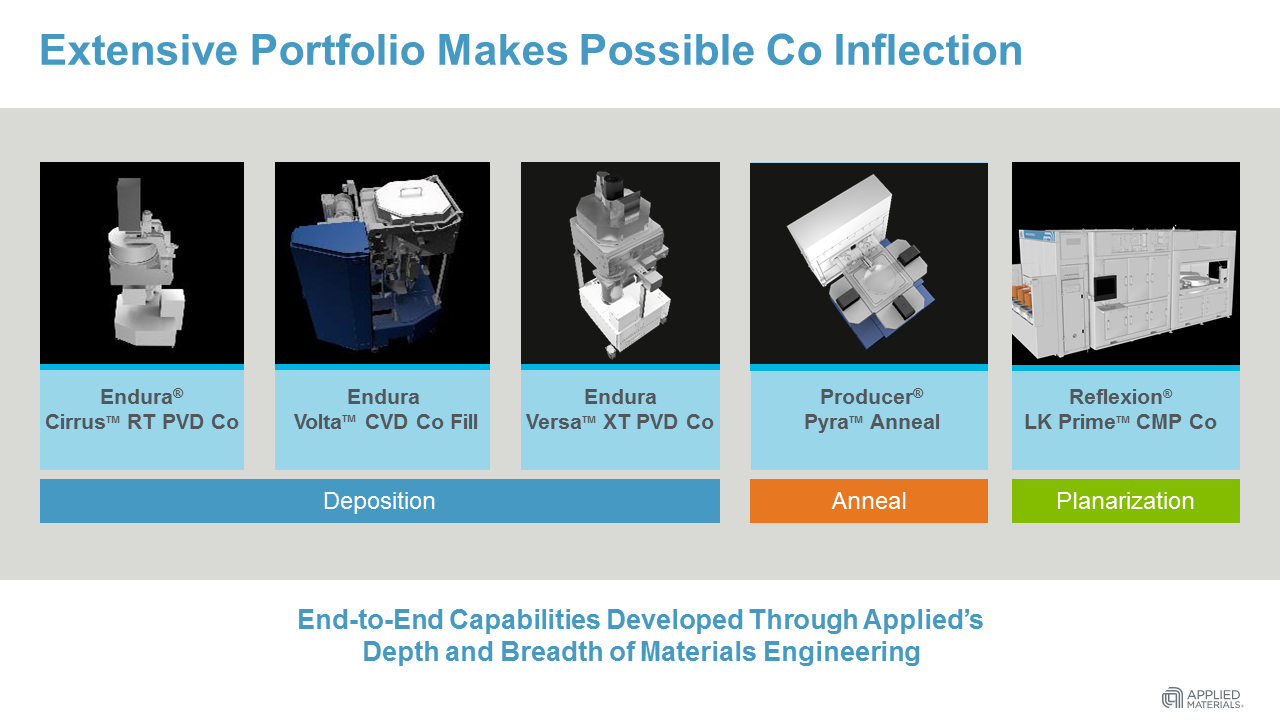 Not only is cobalt an inherently a lower-resistance material than tungsten, but the process flow for creating cobalt contacts also results in greater a volume of conducting metal, which improves performance, and in an associated reduction in variance, which improves yields. Similarly, in interconnect, cobalt demonstrates better line and via resistance scaling and less electromigration than copper, facilitating higher current densities. 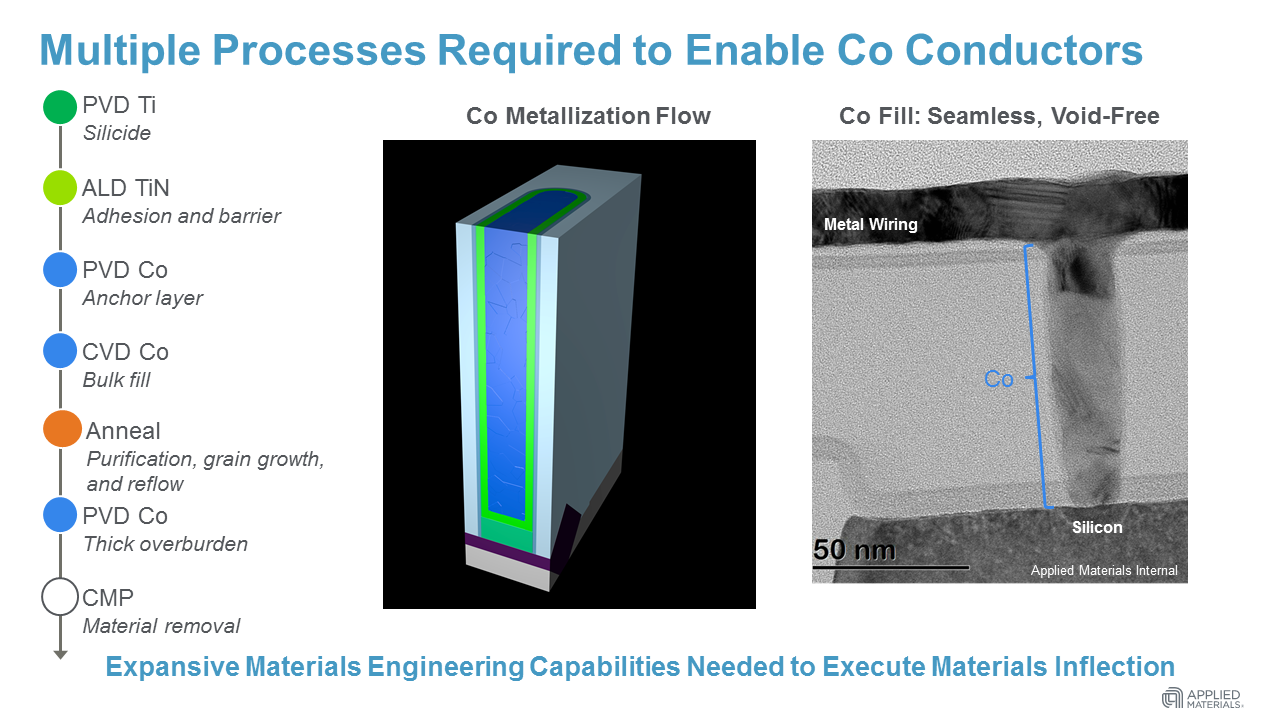 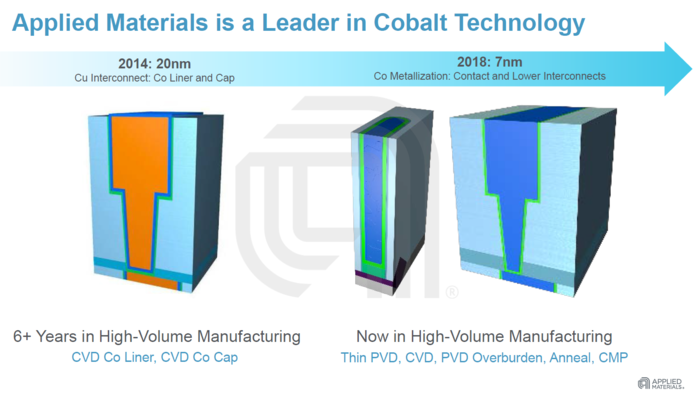 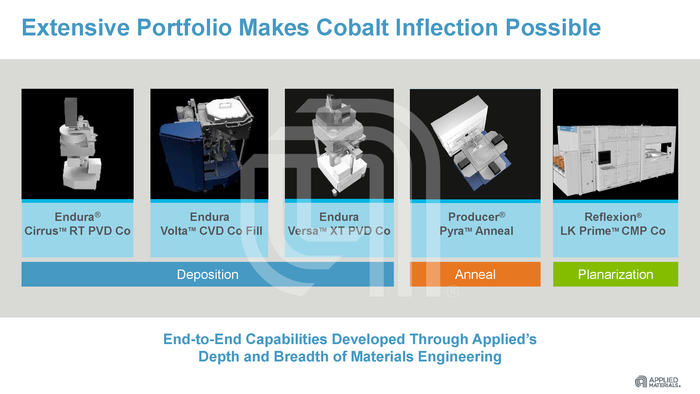 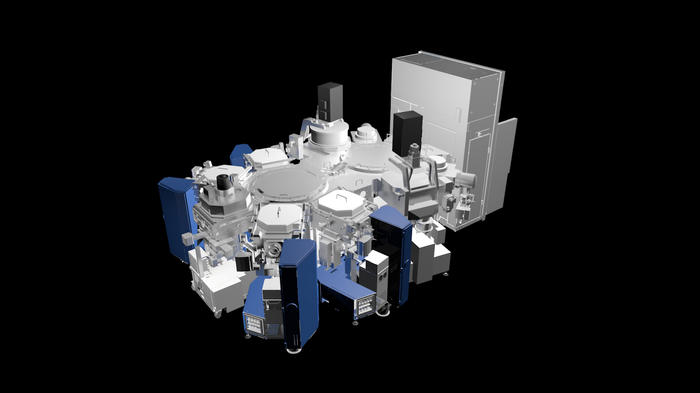