Upgrade your browser for full experience

You are using a web browser version that is no longer supported. Please make sure you are using the most updated version of your browser, or try using our supported browser Google Chrome to get the full Applied Materials experience.

SANTA CLARA, Calif., April 3, 2013 - Dr. Randhir Thakur, executive vice president and general manager of the Silicon Systems Group at Applied Materials, Inc. has been named Fellow of the Institute of Electrical and Electronics Engineers (IEEE). Fellow is the highest grade of IEEE membership and is recognized by the technical community as a prestigious honor and an important career achievement. The grade of Fellow is conferred by the IEEE Board of Directors upon a person with an extraordinary record of accomplishments in any of the IEEE fields of interest. Dr. Thakur is recognized for his leadership in development and implementation of single-wafer technology in semiconductor manufacturing. Dr. Thakur's noted achievements in the development and commercialization of single-wafer rapid thermal processing (RTP) technology led to significant improvements in device performance and manufacturing cycle time when compared to conventional batch methods. Single-wafer RTP refers to a semiconductor manufacturing process which quickly heats individual silicon wafers up to 1,200°C or more. "For over two decades, Randhir has been committed to his vision of enabling modern transistor fabrication through single-wafer equipment technology," said Applied Materials chairman and chief executive officer, Mike Splinter. "I am proud Randhir realized his vision at Applied Materials. He built our Front End Products business unit into a major division within Applied and he now runs our entire semiconductor equipment group." Dr. Thakur systematically developed RTP applications in the areas of oxidation, dopant activation, heated reflow and foundational work in metrology and control. His seminal work has led to the widespread adoption of RTP technology in the manufacture of dynamic random access memory (DRAM) integrated circuits, where RTP enabled scaling below the 0.6 micron technology node and ultimately into the sub-50 nanometer regime. Once proven in DRAM manufacturing, RTP found widespread adoption in the manufacture of other devices such as logic, non-volatile memory, analog and microelectromechanical systems (MEMS). Today, RTP is a fundamental enabling technology in the fabrication of the most advanced semiconductor devices. 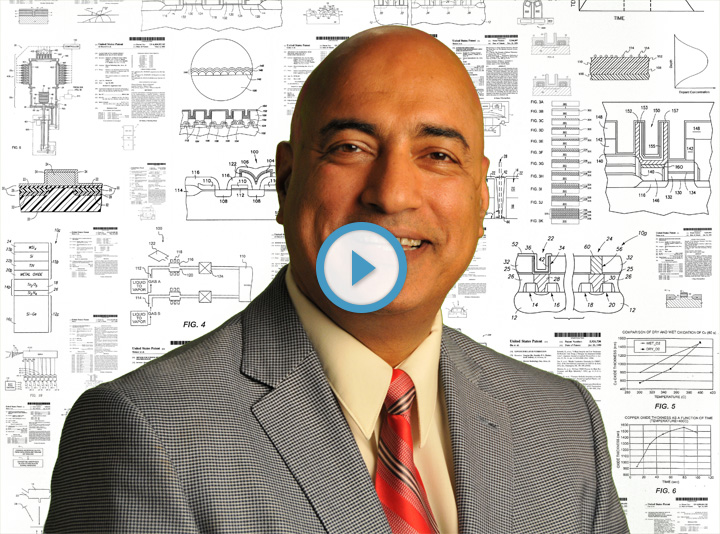 Dr. Thakur also championed the vision of integrating RTP and other semiconductor processes such as deposition, in a single machine, to enable improved transistor performance. He correctly forecasted the need for ambient environment control and interface management in single wafer processing, requiring multi-chamber tools that are now standard in advanced semiconductor manufacturing. Dr. Thakur received a Bachelor of Science degree with honors in electronics and telecommunications engineering from the Regional Engineering College, Kurukshetra, India. He received a Master of Science degree in electrical engineering from the University of Saskatchewan, Canada, and a Ph.D. in electrical engineering from the University of Oklahoma. He holds more than 300 patents and has published more than 200 papers, with the majority focusing on single-wafer semiconductor process technology.Dr. Thakur successfully transitioned from technical leadership into executive business leadership roles. His experience includes senior positions at Micron, SanDisk, Marvell Technology and Applied Materials.